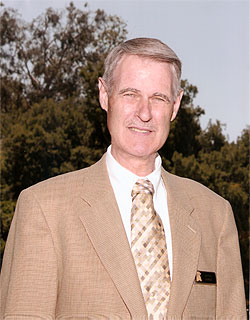 I am a second-generation dog person who grew up in the world of Sporting, Working, Terrier and Hound breeds as a youngster. As I approached University age, I began breeding and showing Bull Terriers (under the Kennel Name Bejobos) in the 60'sand 70's. Our breeding program was quite successful allowing us to breed and finish a number of Champions winning Groups and BIS's. A few years later, we became interested in Bedlingtons. As with the Bull Terriers, the Bedlingtons proved very successful for my wife and I in the show ring. As time passed other breeds entered our lives - West Highland White Terriers, Smooth Fox Terriers, Shih Tzu, Greyhound, Schipperkes, French Bulldogs and Miniature Bull Terriers.

I began judging Terriers in 1971. I have been granted approval, in the United States, for All Breeds. I now judge extensively throughout the year, and do not show or breed dogs any more. My judging has taken me to all parts of the United States, as well as, Canada, Mexico, South America, Australia, New Zealand, Africa, the Far East, Russia and Europe.

Judging has given me the opportunity to meet wonderful people all over the world, and see the types of dogs they breed and show.

I have been in dogs since 1972. I started with Shelties and obedience. I breed a litter of Sheltie and started showing in conformation. At some point I switched to Irish Setters and English Cockers. Then in 1990 I was at a show and while looking at the catalog I saw this funny name breed and went to watch. PBGV, I was hooked. A friend was showing one. She came out of the ring and said where did you get that dog and where could I get one. Followed her to the motor home to this pen full of these little guys. I took one home. Showed for a couple of years and then it happened, along came Am/Can Ch Kallista Christian Dior my true heart dog. In 2001 I applied to judge and that's where I am now. I lost my last pbgv last year and truly miss this funny little clown dog.

Deirdre Doherty-Rahn grew up watching her mother and grandmother show terriers while she focused on horse shows with her father. In 1989 when she met her husband, she became an active member of the dog show world, first exhibiting and breeding Dalmatians.

She has apprenticed and professionally handled in the hound, terrier, herding, sporting, and working groups. She and her husband have bred and exhibited many best in show, group winning/placing, and Specialty and National Specialty winners in all three of their breeds, Dalmatians, German Shorthaired Pointers, and Bloodhounds.

Deirdre has dedicated her life to the sport of purebred dogs as a handler, breeder, performance participant, and now as an AKC judge. In 2018, Deirdre and her husband were inducted into the American Bloodhound Club Hall of Fame as Breeders of Merit. Only 17 breeders have achieved this distinction since its inception in 1986.

Thank you for the opportunity to judge the 4-6 month Puppy Confirmation class at the PBGV Regional Specialty. This is an honor to be considered for this assignment and a privilege to see the next generation of young dogs and bitchs entering the confirmation ring.

My name is Jeff Lentsch, and I have been breeding and exhibiting dogs since the early 1990's. My initial breed was Pointers, which turned into Pointers and a PBGV shortly after that. In 1999 I was exposed to Rhodesian Ridgebacks, and that has been my breed ever since.

I was introduced to PBGV's through a good friend and developed an affection for the breed. Through this friendship I have become acquainted with many of the breeders in the North East U.S. and had the opportunity to learn a great deal about the breed from them. A fond memory that I have from my early days is when I attended the benched show, The National Dog Show, in Philadelphia and talking to many of the spectators about the breed. Many people had never seen a PBGV and were very curious to learn about this dog with the tousled coat and happy, outgoing personality. Over the years I have had the opportunity to exhibit several different Petits, including completing the Championship on two of them. I have also held the position of Chief Course Builder for many years at the Fall Agility trial that the Mid-New Jersey PBGV Club holds. Over the years I have been very fortunate to have met many of the breeders and exhibitors in the North East region and always felt comfortable to be able to ask any question that I may have about the breed. I have been mentored my several of the long- term breeders and have judged PBGV sweepstakes in the past. 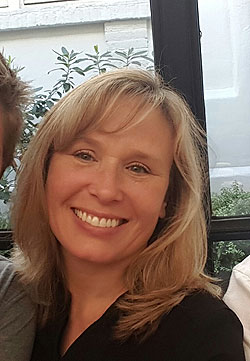 I have been very active in the Club since becoming involved with the breed in 1997, and served on the board as the Recording Secretary, Corresponding Secretary and President. I regularly attend the national specialties and enjoy seeing old friends and making new ones each year. I was truly honored when I was chosen by the membership to judge sweepstakes at the 2012 Regional Specialty and am so excited to do it again for the 2020 National Specialty. I really enjoy seeing so many lovely puppies.

I have shown in conformation since I began in the breed, and most of my dogs have been finished owner-handled by me. I met the breed through my friend, and horse trainer at the time. Her father was a professional handler and was showing a PBGV. I was instantly in love with the breed and had to have one. I have had many more than one since then and really enjoy having my house full of these fabulous hounds.

My first litter was born in 2012 with the assistance of co-breeders Sandy Bustin and Diana Sadler. I am honored that four of those puppies have finished their AKC championships, garnering WD at the 2013 PBGVCA National and additional titles in performance events along the way. I also am proud to be an AKC Breeder of Merit.

On a personal note, I was born in New York but have lived in many different states and Canada due to my family's involvement in the hotel business. After getting my bachelor's degree from the University of Western Ontario in London, Ontario, I worked in the hotel business in Canada before moving back to California in 1995.

Professionally, I am an Executive Administrator with more than 25 years of experience working for very large publicly traded companies as well as smaller private companies and startup companies. 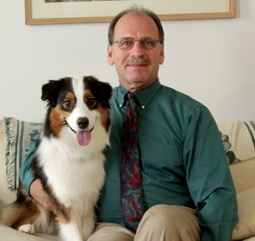 Ron McClelland has been involved with dogs in some capacity or other for his entire life. When he was a child his family always had dogs as pets and family members. His became a part of the "Dog Fancy" in 1986 when he obtained his first "show dog" a Great Pyrenees. Not knowing entirely what he was getting into, Ron began training and showing his dogs in Obedience and Conformation. With a great desire to learn as much as possible about these dogs and the world of dog shows, Ron became active in his local training club and, over the years, also joined the Heart of Ohio Great Pyrenees Club, the Great Pyrenees Club of America, the Buckeye Australian Shepherd Club, Australian Shepherd Club of America, and the United States Australian Shepherd Club. Through his years of service with these clubs Ron has served on the board of directors and as President of the HOGPC from 1992-95, and chairman of the Great Pyrenees Club of America Nation Specialty in 1995. Ron has also been an active member of Columbus All Breed Training Club since 1986. He has served as an instructor since 1992, on the Board of trustees and as President from 2007-2016.

In 1994 Ron married into a family of Australian Shepherds and from there his horizons expanded into the world of Agility. Once bitten by the agility bug, Ron never turned back and he became active in showing and training and showing the Aussies. In addition to competing in Agility, he continued in the Obedience and Conformation rings with his wife Cecilia Connair and her Claddagh Australian Shepherds. Over the years they put agility, obedience and conformation titles on their dogs in both AKC and ASCA.

Ron has been an AKC agility judge since 2007 and has been fortunate to travel across the country in this capacity. He greatly enjoys watching dogs and handlers work together to navigate the challenges that the course of the day presents. He always tries to create courses that are flowing while being both fun and challenging.

In June of 2017, after 38 years as a band director and music teacher, Ron retired so that he could devote all of his time and energy to his dogs and preserving the legacy of his wife Cecilia who passed away unexpectedly in 2016. He lives just outside of Baltimore, Ohio and keeps busy by training and caring for his 10 Australian Shepherds. He considers it a great honor to be asked to judge agility trials for local clubs and especially for National Specialties.

I'm a retired teacher who has truly gone to the dogs. I have taught obedience for my kennel club for years, shown in agility, AKC and ASCA herding, WCRL , AKC, and CWAGS rally, Barn Hunt, Happy Ratters, and AKC, UKC, NACSW, and CWAGS scent work. I currently have two therapy dogs who act as reader dogs at an elementary school and I'm a 4H canine adviser. I am a current judge for WCRL rally, CWAGS scent and rally, AKC scent, and I'm an AKC farm dog evaluator. I have shown a Sheltie, a Lhasa Apso, Pembroke Welsh Corgis, a Poodle, and a number of Border Collies. I share my home with four Border Collies, twenty-eight rats, and one husband.

I spent over 15 years in the conformation show world as an owner handler. Following my dog's two rear leg surgeries in a six month period, I decided it was time to slow down and find another interest. I entered the world of scent work five years ago and only have one regret…I wish I would have started this fun performance sport sooner.

I am in my fifth year of attending nose work training and have competed under CWAGS, UKC, and AKC, earning nearly 40 titles…all in nose/scent work. This is a sport that I am extremely passionate about and love to share. My passion for this sport has grown to instructing class 2-3 times a week and becoming an AKC, CWAGS, and CPE judge. 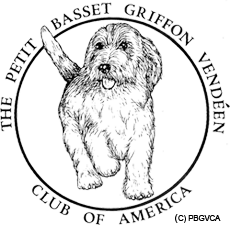